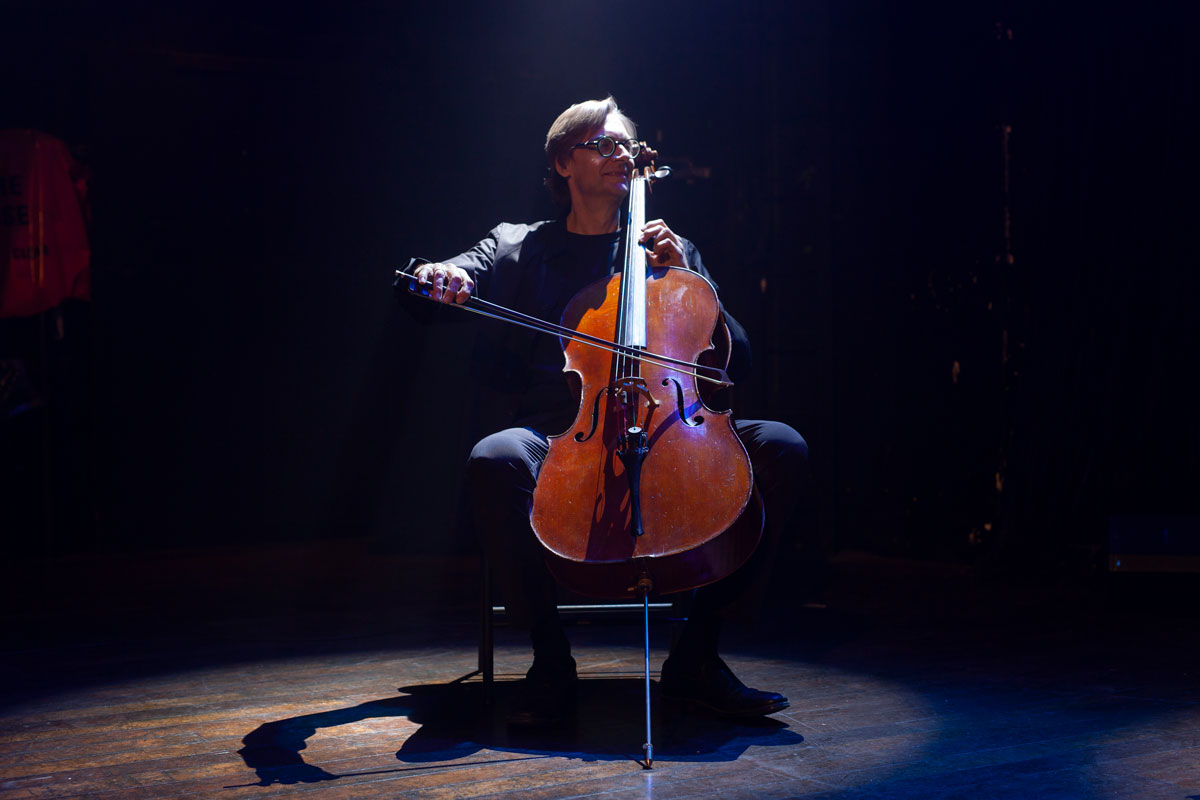 It is with tremendous sadness that I write about the passing of Euterpe: Music Is The Key’s beloved cellist, Tom Mueller.

Tom became passionate about Euterpe: Music Is The Key in 2019, the year he also started performing with Euterpe’s flagship musical group Ensemble Vivant. However, his musical connection with the core members of the group extends back several decades, with all of us interacting musically with him over the years. Violinist Corey Gemmell is concert master of many of the orchestras for which Tom was principal cellist, including Orchestra Toronto and the Burlington Symphony. Tom was the cellist in the Elgin String Quartet along with violinists Corey Gemmell and Norman Hathaway and violist Nick Papadakis. Tom was also well known in Toronto’s Musical Theatre scene. His playing has been featured on CBC’s Two New Hours and The Music Around Us. Tom and I had many wonderful experiences performing together for all variety of performance engagements, and when Corey invited Tom into Ensemble Vivant it felt as natural as anything could feel, and his involvement with Euterpe: Music Is The Key was invaluable.

We will always be grateful to have had the wonderful musical experiences that we had with Tom. Included among those was our Live Video performance of Antonio Vivaldi’s fugue in e minor for continuo and strings, iFugue, filmed live at Toronto’s Opera House on Queen St. E. During the pandemic we recorded and filmed 2 LIVE Virtual Concerts and we recorded Ensemble Vivant’s 15th CD iFugue ~ A World of Fugues on the Opening Day label (ODEG). Live video performances were captured of this production. iFugue ~ A World of Fugues is continuing to receive critical acclaim.

Tom was passionate about Euterpe: Music Is The Key and spoke of it as being one of Canada’s most important charities. He was a joy to work with at all times and he consistently brought his warmth, kindness, brilliant sense of humour and divine musical artistry and playing to rehearsals, concerts, video and recording productions. We always had a fun and meaningful experience working and interacting with him outside of our performance opportunities. His many live interactive performances for underserved children and seniors through Euterpe will always be remembered and those captured on video will continue to inspire.

He is much loved by all of us and will be greatly missed. Tom Mueller will always be in our hearts and his beautiful playing on CD’s and videos will continue to inspire and touch the hearts of all who hear him.

On behalf of Euterpe musicians along with our production and support team we send our love and deepest condolences to his family.

Music Is The Key

You can support Euterpe by donation; your generous gift will help us provide invaluable benefits that are truly priceless.